how to replace nightshades part 1: eggplant

Before I begin telling you how to replace nightshades, I wanted to wish a Happy Diwali to everyone who celebrates it! To everyone who doesn't celebrate it: you can use it as an excuse to eat a lot of sweets today ;) 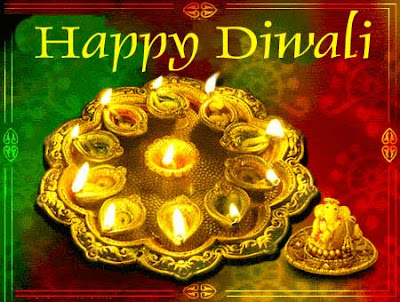 As a little Diwali gift to everyone, I'll let you know about a good deal going on: Crazy Rumors lip balm (the lip balm I reviewed in this entry) is offering 20% off all their products! Simply enter the discount code "NEW20" at checkout, and you'll get 20% off your entire order.

Now, onto the nightshades!

I am allergic to nightshades. If you remember from this blog's first few posts, edible nightshades include tomatoes, potatoes, eggplant, peppers, and goji berries. Although most varieties of nightshades were unheard of in Europe and Asia before Columbus landed in the Americas, over the next few centuries they became common ingredients in almost every world cuisine (with the exception of goji berries, which are really only ever in trail mixes and in raw-food desserts).

I have been eating nightshade-free since 2007, and I quickly discovered that those of us who can't eat nightshades have to make a lot of substitutions if we want to enjoy foods we once loved. South American, Indian, Italian, and even traditional North American cuisine feature nightshades heavily, so if you want to recreate your favorite dishes, you have to find substitutions. Each Friday in November, I will help you with that, one nightshade vegetable at a time.

First, some information about nightshade allergies and intolerances:

Nightshade allergies and intolerances can manifest in the way all food allergies and intolerances do, with symptoms ranging from indigestion to anaphylactic shock. Because inflammation is a common side effect of eating nightshades, eczema-like rashes and joint pain are two common symptoms of nightshade intolerances. In fact, nightshades may be able to cause inflammation in the bodies of people who aren't even intolerant of them, and many arthritic and osteoarthritic people receive advice from doctors to cut back on nightshades to ease their joint pain.

Tobacco, deadly nightshade (belladonna), mandrake, datura, and morning glories are among the most famous toxic nightshades, but actually, all nightshades contain toxins called alkaloids. Most people have the ability to break down the small amounts of alkaloids, but people who have nightshade intolerances are usually unable to digest them, and it makes us ill.

Although there's no reason not to eat nightshades if you're not intolerant or if you're not trying to east joint pain, certain diets, including macrobiotic diets, the candida diet, and even certain levels of ayurvedic diets, restrict or even forbid the consumption of nightshades for various reasons. So maybe this and the future installments of my substitution guide will come in handy for a number of eaters.

Eggplant is one of the few nightshades that are really easy to replace, in part because it doesn't have a particularly strong flavor, and it doesn't do anything particularly amazing when you cook it down. For the most part, if you want to substitute eggplant in a recipe, your bext friend is going to be ZUCCHINI.

Zucchini behaves in much the same way as eggplant in most recipes, although it cooks faster. You can use zucchini in dishes like eggplant parmesan or stuffed eggplant, and even in recipes where the eggplant is supposed to reduce to mush; simply mash the zucchini with the back of your spoon as it cooks down. It also works in stews, lasagnas, grilled vegetable medleys/sandwiches, etc. Just remember, again, that it cooks faster than eggplant: reduce the cooking time by ten minutes in general, and then if it's not done, continue cooking, but check often. (Zucchini is a little more watery than eggplant, and overcooking it can result in mushiness. If you're going for mushiness, no problem.)

The older a zucchini is, the bigger its seeds are. If you don't want seeds in your dish (which is really more of an aesthetic issues than one of taste or texture), and you have a large or possibly not-very-fresh zucchini, you might want to scoop out the seeds before chopping it up and adding it to your dish. You can do so by cutting the zucchini lengthwise, then scooping out the seeds so with a spoon.

The only Eggplant dish I haven't tried zucchini for is Baba Ganoush. If any of you try it, let me know--but really, I find it hard to miss Baba Ganoush when hummus is so delicious and is always available wherever you find Baba Ganoush.

To replace eggplant in stews, you can mix it up and also try root vegetables like turnips, rutabagas, radishes, and celeriac, or try some non-sweet winter squash.
Posted by Sarah P at 9:35 AM

I agree, zucchini is a good choice. It's able to be as succulent as eggplant.

I just found your blog and I think I might have some sensitivity to nightshades but not all of them cause a reaction. My major reaction is heartburn and just not feeling right in my stomach and also acne breakouts a few days after. I also think it could be oxalic acid causing me these issues, but I can't find any way to test it. Do you have any issues with spinach?

Merissa, I only have problems with nightshades, and since spinach isn't a nightshade, it's fine for me. My brother, who realized what nightshades were after I had to give them up, realized he breaks out more when he eats them, so he cut out most nightshades, and his skin is much clearer. Didn't work that way for me though, so it's clearly different by person. Good luck!

I don't have any noticable signs of Nightshade allergies, save for Eggplant, I had an oral reaction, very mild, tingling in my tongue and cheeks, and I've been avoiding it ever since, making it VERY hard to find recipes for me to actually make. So again, THANK YOU!!!!! I had no idea Zucchini could be a replacement for Eggplant! :D Now I know I can go find those recipes and see about replacing the eggplant in them!

Isn't zucchini a nightshade as well?

Thank you for this Sarah! I took a blood test for food sensitivities through Immuno Labs, in search of the source of my arthritis. Turns out my blood reacted to several nightshades including....tomatoes,eggplant,bell pepper. I'm so excited to read all four parts of your blog on going nightshade-free!

Just found your wonderful site as I was googling tomato free recipes, can't believe I haven't found it before now! A few years ago I figured out with help from a dietician that nightshades were the cause of outrageous itching scaling and swelling in my lower legs. One doctor even diagnosed edema. NO. It is nightshades.

So I've been on that path for a while and am so happy to see I'm not alone! Substituting potatoes is no issue at all for me, sweet potatoes and what we call yams are wonderful. I haven't read anything other than the tomato section yet, because your Marinara sauce was what led me to your site, I was just too excited about the tomato section and had to write right away!

Thank you so much for all this glorious information, you are a true gem and very much appreciated!