I've been trying my best not to feel guilty about ignoring my blog, since I've been enjoying summer to the fullest. It's been a really busy summer so far! The boyfriend and I got engaged (so now he's the fiance!), for one, but also I've been to the beach, to an amusement park (more on that in my next entry), to upstate NY, to outdoor movie nights, to friends' pools, and in general just away from the kitchen. It's been so absurdly hot lately that I haven't been tempted to try too many new things when it comes to cooking, so today I'll be featuring other people's recipes.

The second-best thing about this summer (after the engagement, which has really got to be number one) is that I signed up for a CSA share through Red Fire Farm, a local, organic farm! A co-worker and I split one share. The boyfriend and I could probably eat an entire share's worth, but it's done by delivery to my office, which means the farm picks out what to put in my share--which means we get plenty of nightshades. So my coworker and I have an agreement that she will always take all the nightshades. (This works great for her as well as for me, because who would turn down fresh, local, organic tomatoes if they weren't allergic?!) In addition to the half vegetable share, I signed up for a flower share! So I get a pretty bouquet of flowers every week.
I love flowers, but it can be tough to keep fresh flowers around if you strive for ethical, environmentally friendly living. Many flowers available at flower shops are imported from places where workers are exploited, so they're not the most ethical way to decorate your home. (1800Flowers, by the way, often offers at least 1 or 2 fair-trade bouquets on their website.) Even if they're fair trade, though, they've come a long way to get to your vase. And even if you get domestic flowers, because flowers aren't food crops, there are no regulations on the spraying of pesticides or herbicides, which directly affect our environment (and possibly our health). But flowers are really pretty, and if you ask me there are few things as nice as having fresh cut flowers to decorate your home.
SO finding out that the farm that does my CSA shares offered organic flower shares was the awesome! 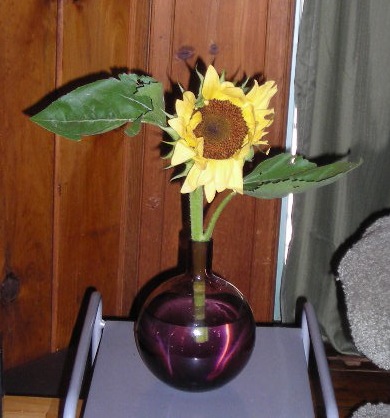 Not that I'll ever turn down flowers of any type, but it's nice to be able to have fresh cut flowers in my home without any slight nagging guilt.

Like I said above, I've been spending less time in the kitchen lately. I cook as much as ever before, but I am not in the mood for puttering around or innovating--I want to make recipes that I know will work the first time around. So I've been making recipes from blogs I trust. 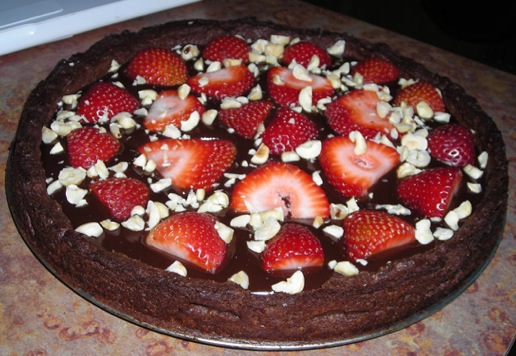 This AMAZING chocolate tart came from Hot Polka Dot. It's not originally a vegan recipe, but I veganized it by using Earth Balance in place of the butter, flaxmeal mixed with water for the egg, and Mimicreme for the cream. I'm thinking it would also be REALLY tasty with coconut milk in place of the cream and coconut oil in place of the butter. Also, she used cherries, but the fiance (!) is allergic to cherries, so I went with strawberries. I cannot say enough about how delicious this recipe is. 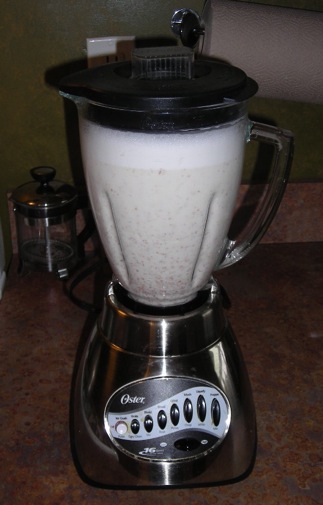 Next up, homemade almond milk! I take my directions from Bonzai Aphrodite. I've used it several times for making homemade almond yogurt, but I always have to drink a little bit of it first, since it's so tasty and creamy. 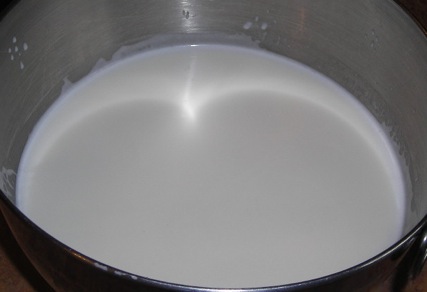 Another tasty recipes I got from the internet was a Breakfast Beer Bread recipe from La Vida Veggie. I bookmarked it back in November, and finally had a chance to make it. It was great! 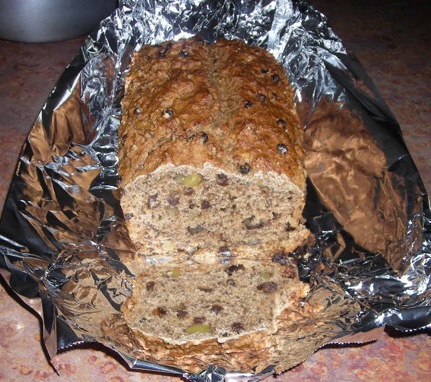 Finally, I've written about making C'est La Vegan's Cashew Goat Cheese, but I want to reiterate how fantastic the recipe is. I made two logs of it for a PPK potluck I hosted last month, and it was a giant hit. 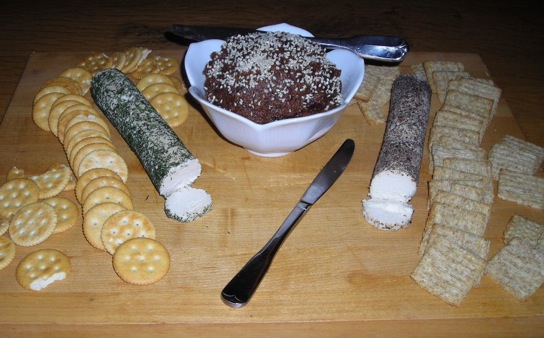 I served it with crackers, and with a fig-almond spread based on a recipe from the BBC for Fig and Almond Balls. I made a bunch of changes in the recipe--I swapped dates for apricots, I added a lot of water because my figs were dried out, we didn't have any brandy so I put in a couple dashes of orange bitters, and I didn't age it at all. But it was DELICIOUS. And great with the "cheese."

I'll try to update again this week, if I can sit at my computer long enough to type out more entries--it's hot! I want to be like our cats Molly and Fritz and sprawl on the floor in front of the fan:
...or in the shade like Vascha.
It's always so funny to me when I come home from work and find these lazy kitties spread out all over the floor to cool off.

I hope you're all enjoying your summer so far! 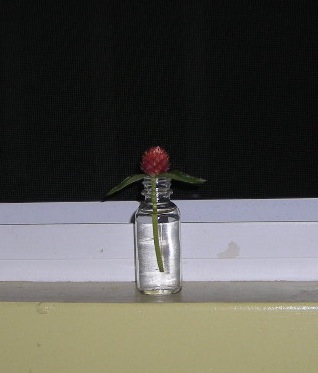