As I added a splash of maple syrup vinegar to a dish last week, and saw I was almost out, I thought, hey, I should make this again, making it was fun! And then I realized that I had written about making it back in October and never let you know how it turned out!

In this October entry, I made maple syrup vinegar from this popular science article. Before aging, it filled three mason jars: 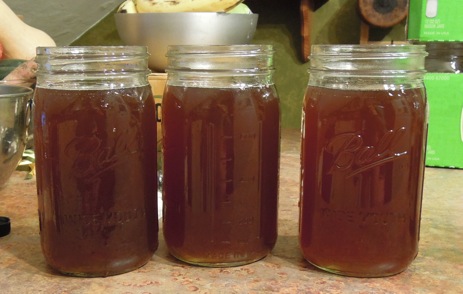 So, I aged it for the required 4+ weeks. After 4 weeks, it was a little fresh (bright?) tasting, but by 5 weeks it had deepened. I strained it, to get out the larger chunks of "the mother," but I didn't run it through a cheesecloth (which would make it clearer), because leaving a little bit of the mother would deepen the vinegar-ness. I would say it was really at its best at 6 weeks, at which point I put it into (sealed) containers. I was concerned that a lot would evaporate out in 5-6 weeks of aging with only cheesecloth as a cover, but for all those weeks, not much evaporated out: 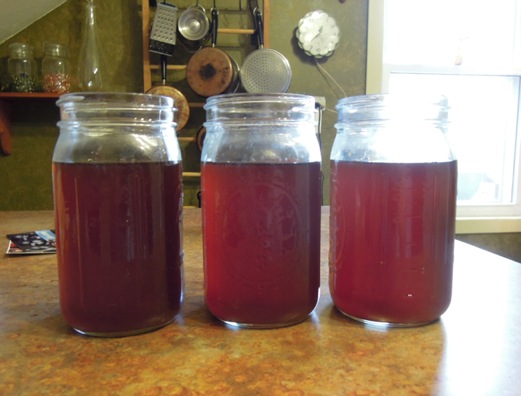 My plan was to make it for Christmas gifts, but to be honest, I only ended up keeping half for myself because I liked it so much. HOWEVER, I did give away the other half of it: 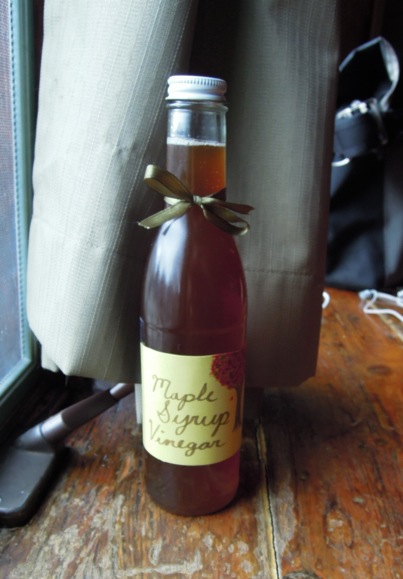 I made cute little bottles for it. 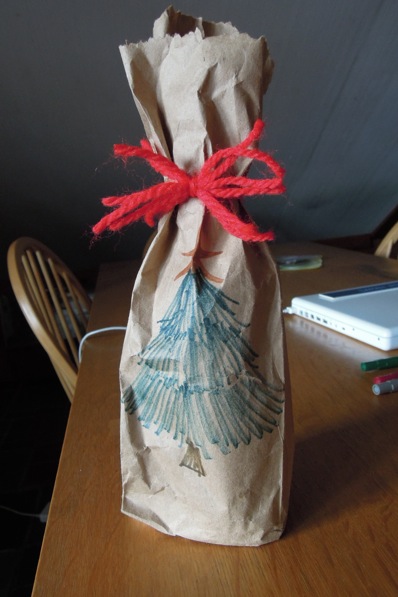 Then wrapped it in a paper bag! Easy, and cute.

If you have some extra maple syrup around, I TOTALLY recommend this recipe. It was delicious, and I find the vinegar to be a lot more versatile than I'd expected. I had known it would be good for salad dressings, but it's also excellent when added to virtually any sauteed vegetable--carrots and mushrooms especially. Its flavor plays very well off of a particularly garlicky or oniony dish, and you can use it anywhere you'd use balsamic vinegar, though it's a bit sweeter and a little less sharp. Plus you'll feel like a mad scientist while making it.
Posted by Sarah P at 10:01 PM 2 comments: