House decorating/beautifying is still taking place, as well as yardwork. I've been doing yardwork! The most yardwork I've ever done is maintaining a tiny flower garden when I was in college, and now I'm mowing! I'm creating flower beds! Everything is a process; pictures will come soon (or, more realistically, when the projects finish--so maybe not super soon).


In the meantime, my greatest domestic triumph is that we've started composting! When we first moved to Waltham (the Boston suburb I now call home) and went to pick up our recycling bin from the city municipal building, the lady who works there told us that Waltham has teamed up with another nearby suburb to provide compost bins to residents at discounted rates. A lot of places do this, as it saves the municipality time, money, and space by not having to pick up so much garbage,  so if you're interested in getting a compost bin, look into whether your city or township has a composting program or subsidy.


The city gives you a choice of compost bins, and I went with the Earth Machine, since it seemed like the easiest. It retails for around $60, but with the city subsidy, I paid half that. The only trick was that I had to go to the municipal center of the next town over and pick i up--then drive it home. We have a tiny car, but fortunately the composter comes in parts that you assemble at home: 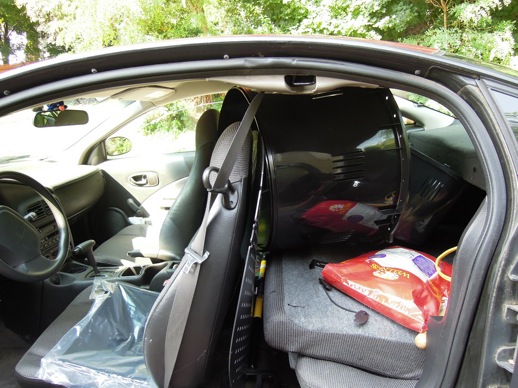 Getting it into the car was tricky, getting it back out was much tricker.

I had already plotted out the place it would go in our back yard: close to the house, but not so close that it would be a problem in case it attracted critters or began to smell (I know compost is not supposed to do either thing if you do it right, but I was afraid I might mess it up). 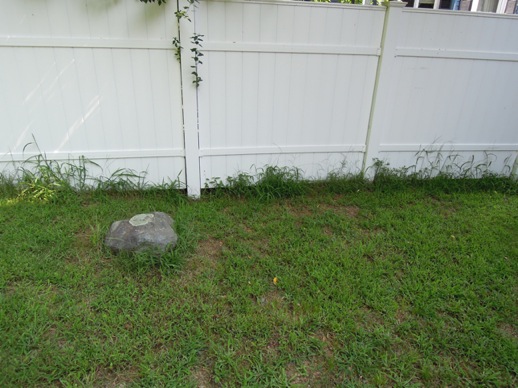 You have to put it somewhere flat or the convenient bottom panel won't sit properly. I put it by that rock because the rock is already hard to mow around, so I figured adding a hard-to-mow-around compost bin wouldn't change much.

My first step was the attach the bottom panel to the bottom half of the bin. 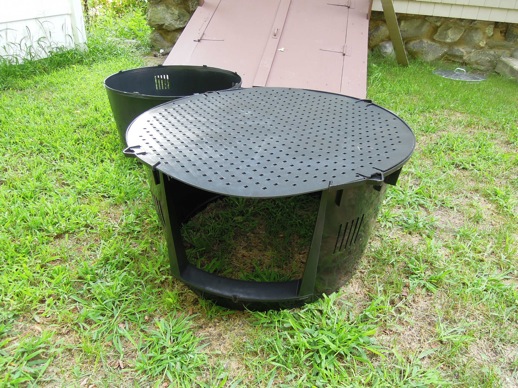 It clicks in, but it doesn't actually secure with anything, which might be frustrating for if I ever want to move the compost bin. So I'll just aim not to have to move it ever.

Putting on the top half of the bin was trickier than I imagined. 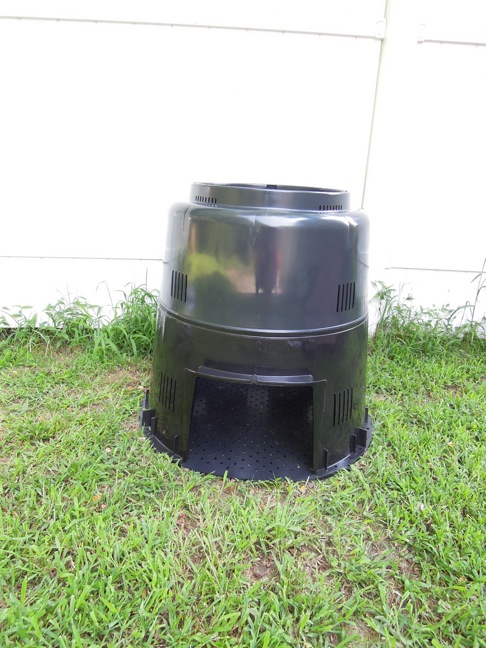 The dude at the municipal center told me I'd have to get someone to help me with it, but I had thought he meant because I was a girl and it might be too hard for me. Nope. It's really just more of a two person job--it's hard to click all the tabs into place at once if you're by yourself. I finagled it by stepping inside the bin and sitting on one edge while I pushed on the other.

Next was sliding on the door to the compost bin, 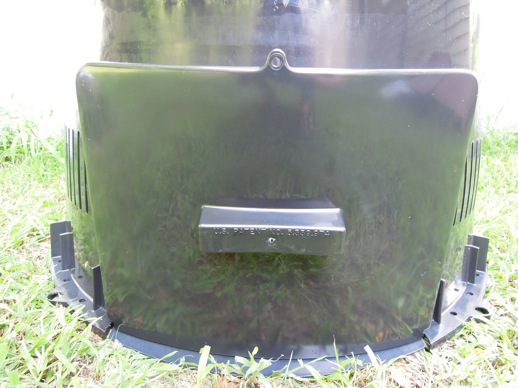 It comes with convenient pegs to secure the whole thing to the ground. Again, there's nothing to secure that bottom screen to it if you remove these pegs, but these are still handy in case I get really vigorous with my compost turning. 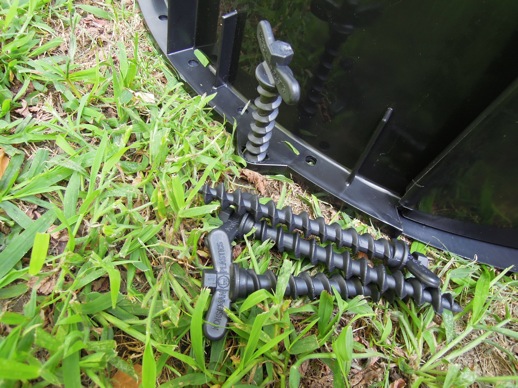 They were also easy to drive into the ground.

And voila! I have a compost bin! 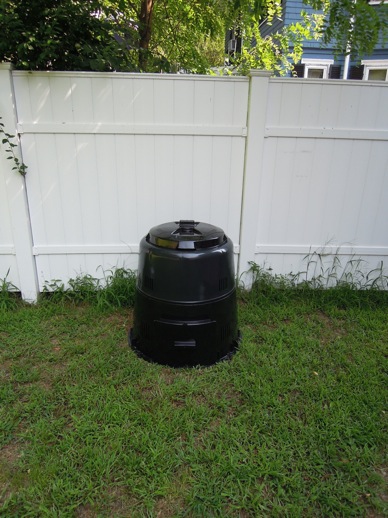 I've had it less than a month, so it's much too early to know how it's doing, compost-wise, but the results are pretty dramatic in terms of waste reduction. In composting our food scraps, we have reduced our garbage by 1/3 to 1/2. And I'll get some great compost to apply to the gardens I'm hoping to have ready next spring... A pretty good deal! And even if it doesn't work out, it's an interesting experiment.

My biggest complaint, however, is that I got the first manicure of my life a week before setting up the compost bin, and the set-up process chipped my nail: 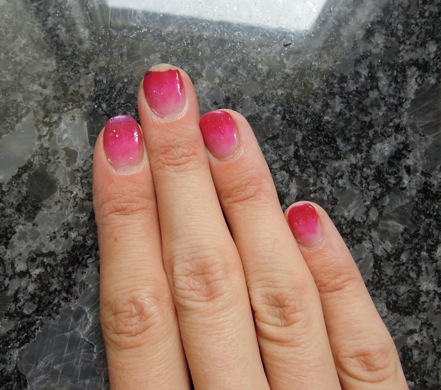 ...so I guess they were not meant to be installed by ladies with pretty nails. I normally don't have pretty nails, though, so I guess I don't mind.

I've been so busy with the house that I haven't been cooking that much in the way of new and exciting recipes yet, but I'll try to get back in the swing of food blogging for September. I'm definitely planning to do daily Vegan Month of Food blogging this October, though, so that should put me back on the front lines of blogging. See you soon!
Posted by Sarah P at 11:59 AM 11 comments: