I have decided to admit to myself that I am not good at blogging regularly. Admit it, get over it, and try to update at least more than one month a year. So hello again!

When I go out for sushi, my FAVORITE thing to order, hands down, is Inari. For those of you who haven't had it, it's fried tofu that has ben simmered in soy sauce, sugar, and mirin, then turned into thin pouches that are then stuffed with rice. It's sweet, salty, and filled with rice, so it has pretty much everything I love.

At various Asian markets, I have seen canned and refrigerated prepared aburaage that is just ready for stuffing with rice, but the ingredients are awful. Many have fish flakes, high fructose corn syrup, and/or MSG, all of which I avoid. (For the record, many restaurants make their own, so you can ask if you're concerned about these ingredients.) So I decided to try to make it on my own.

To prepare inari-style tofu, you "start" with aburaage, I say "start" because aburaage is deep fried, thinly-sliced tofu cutlets. You can make these yourself, but who wants to spend a bunch of time deep frying thinly sliced tofu? Not me. I bought it. 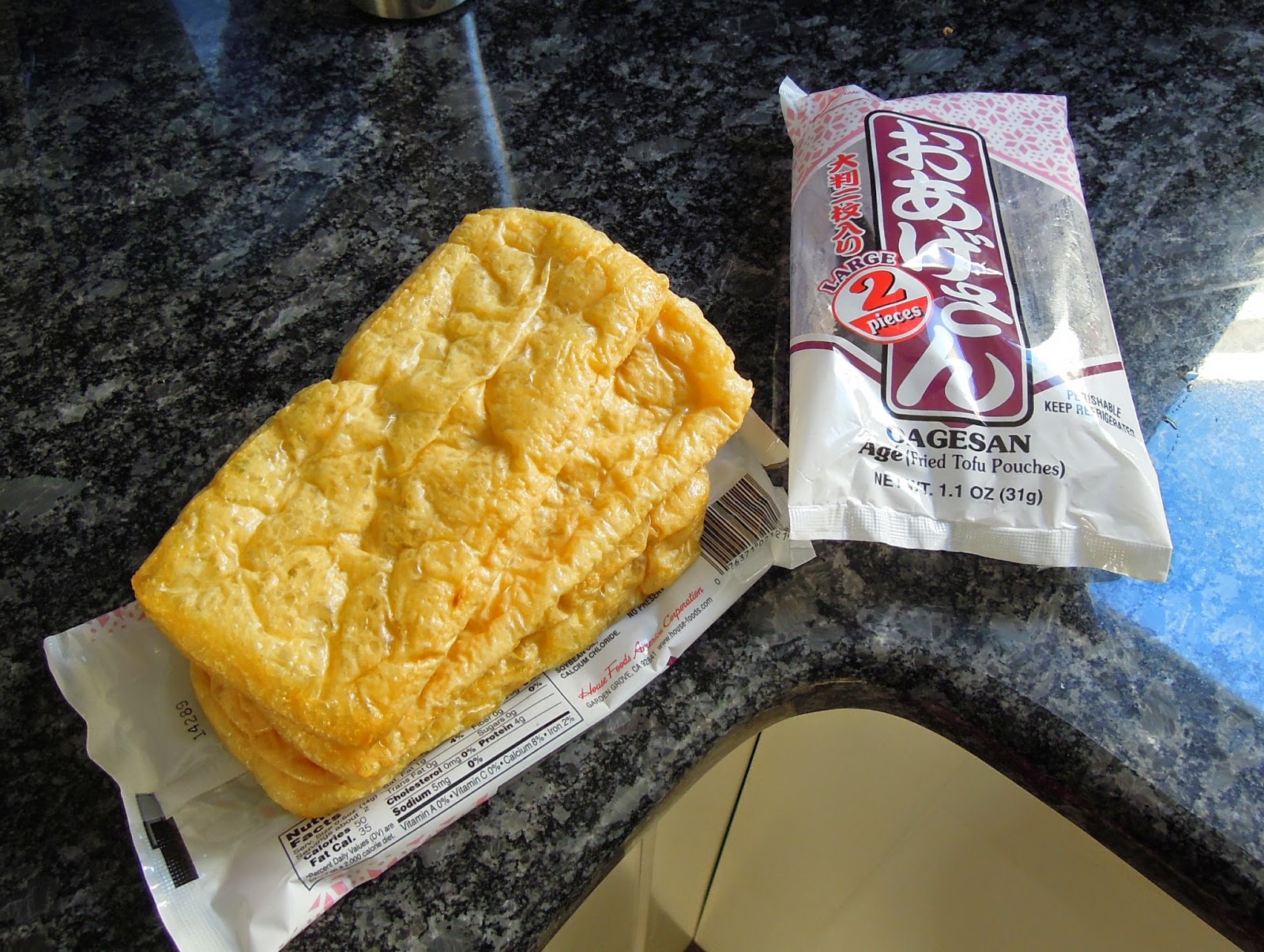 I harbored secret hopes that the interiors would be pre-split, like pitas are, so that the "pouch" effect would be really easy to attain. This was not true. But also not something I had to worry about yet. I followed Just Hungry's methods for preparing inari, which first involves blanching the tofu, then patting it down with towels, to help get rid of some of the extra oil.

The next step was to slice them in half, then simmer them for a little while in a broth made of dashi (mine is always made from boiling kombu and wakame for a few minutes), tamari, mirin, and sugar. I don't have sake, so I just doubled down on the mirin. The thing I liked best about making this myself was being able to cut back on the sugar; I like it a little sweet, but some inari is too sugary for my taste. 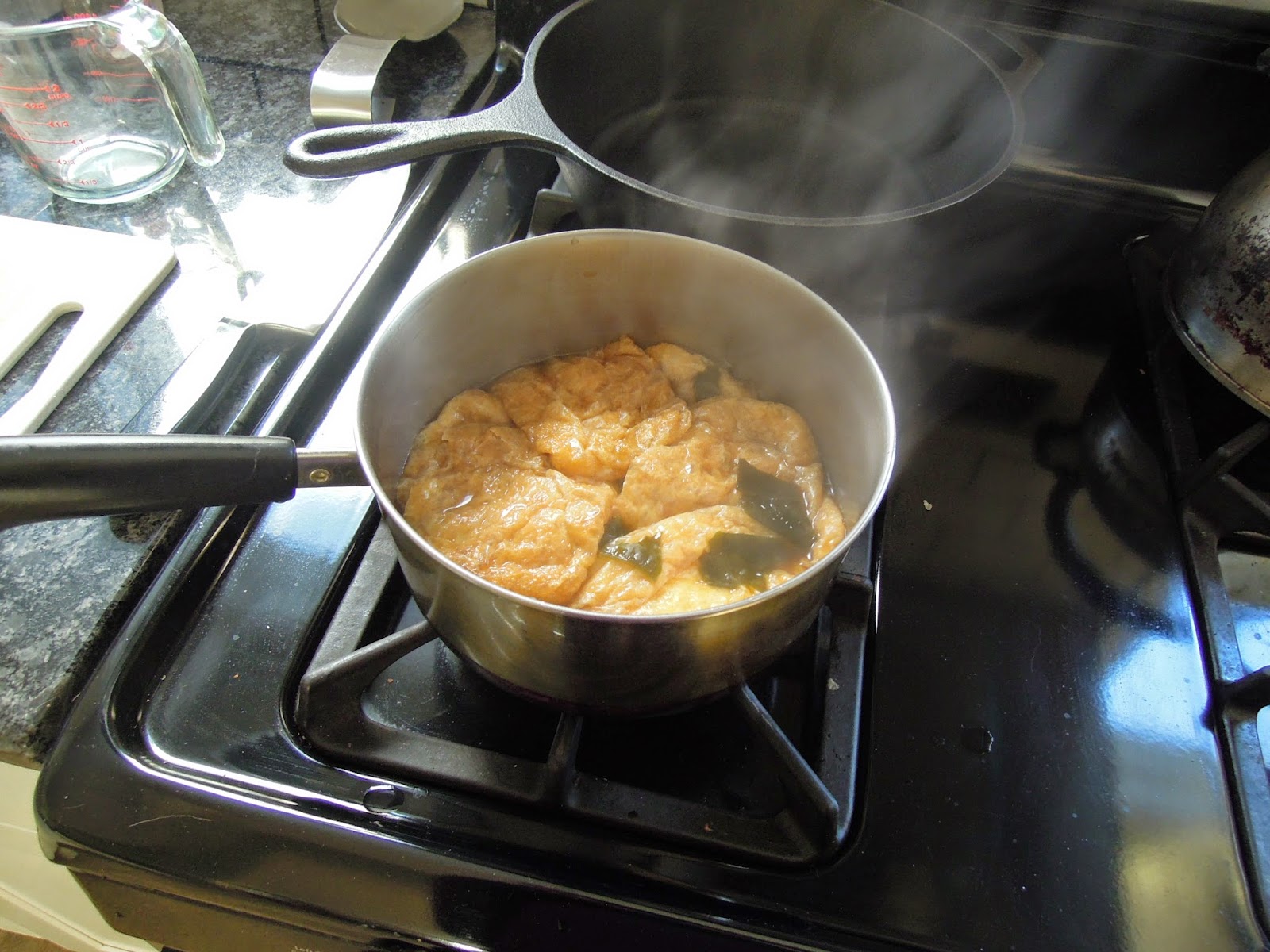 After they simmered and cooled in their own broth, I separated the insides (using the method recommended by Just Hungry--poking around in it with a chopstick) and stuffed several of them with rice. (Another thing I liked about being able to make it at home: brown rice!) 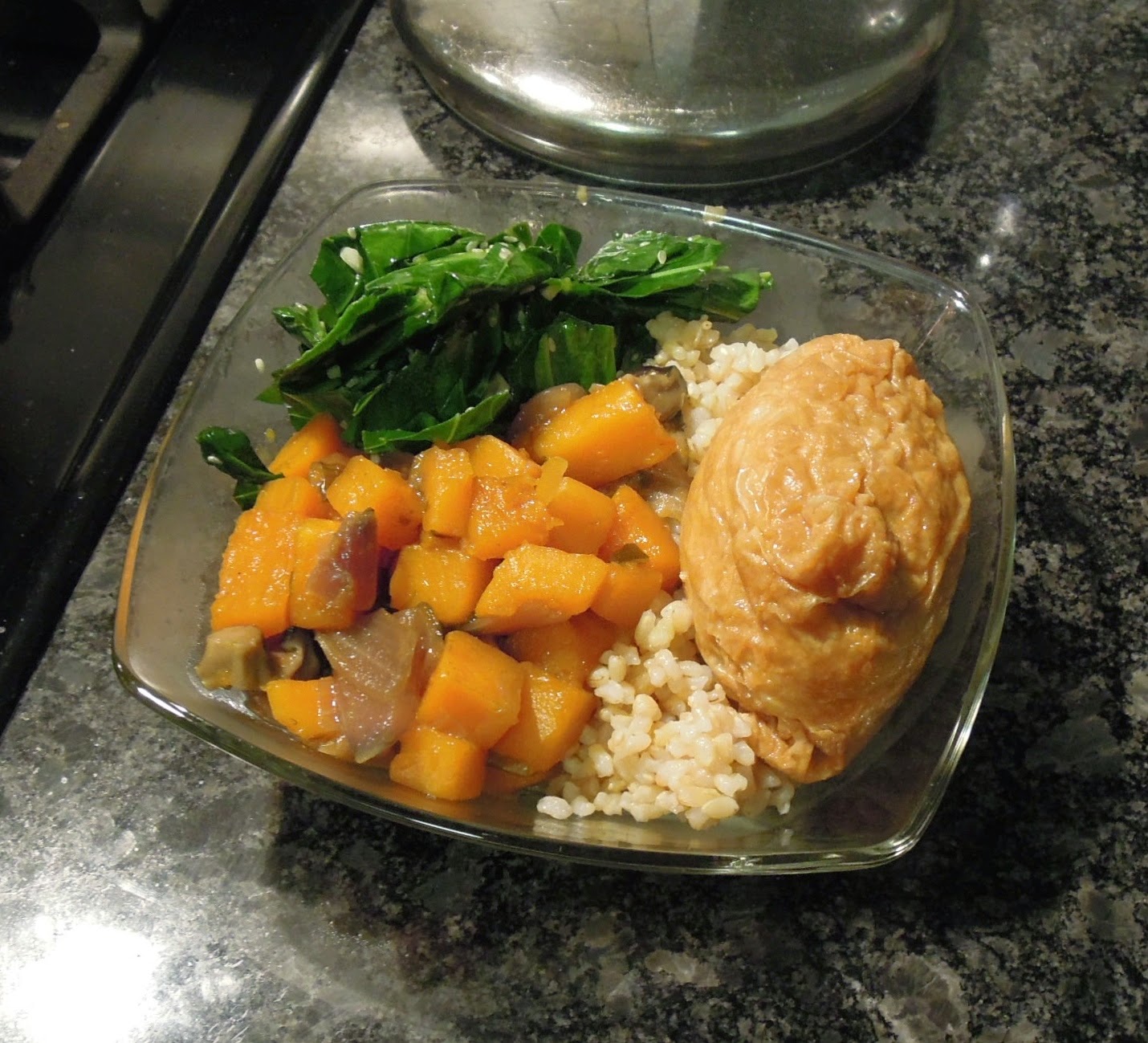 I served the inari with nimono made primarily from butternut squash, more rice, and some sesame-garlic collards. This is Kevin's bowl; mine had a heck of a lot more inari pouches, but his looks daintier so we're going with that.

BUT I didn't use ALL the prepared aburaage for inari sushi. I saved some of it to make kitsune udon! "Kitsune" means fox, because in Japanese folklore, the trickster fox loves fried tofu. I agree with the fox. I followed this recipe from Just One Cookbook almost exactly, except no fish cake, obviously. And, as usual, gluten-free tamari instead of soy sauce. 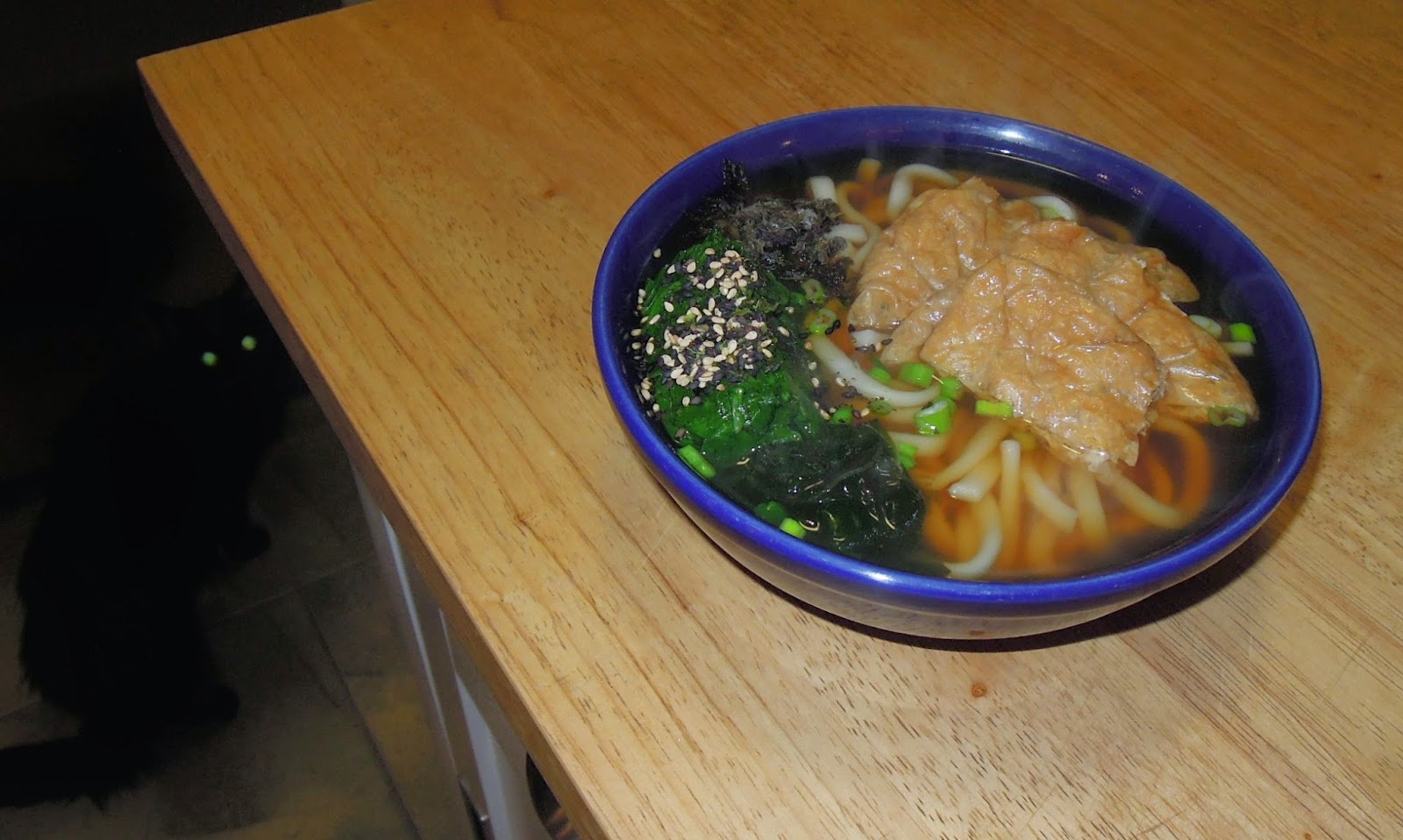 I know the cropping is a little weird, but I wanted you to be able to see how our cat Molly creeped into the corner of the picture, lurker that she is. This udon was AMAZING, and we both went back for more.
Posted by Sarah P at 10:47 AM 9 comments: